At 14-inches, the HP Pro C640 Chromebook definitely looks beautiful. However, it’s not built just for show. It is a businessperson’s Chromebook with a battery life of over 10 hours.

Not only does it have impressive hardware and design, but it also has great security features and impressive durability. So, here is everything you need to know about the HP Pro C640.

When it comes to portable Chromebooks, this is probably the king of Enterprise laptops. Configurations go from the base model at $449 all the way up to $1,129. For the highest end version, you get the Intel Core i7-10610U processor and the Intel UHD GPU. You also get 16 GB of RAM and 128 GB of eMMC storage. This is expandable with the microSD card slot. You get a 14-inch display regardless of the configuration you choose and a 1080p screen resolution. 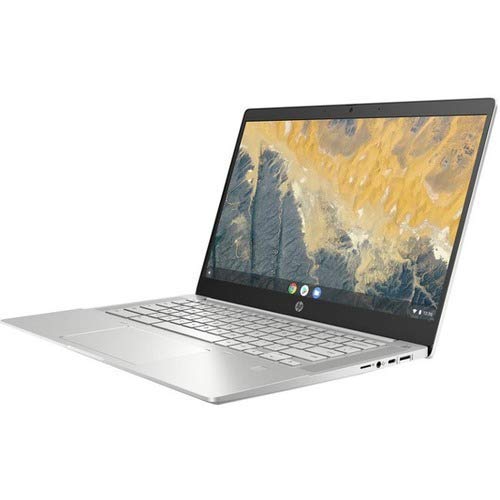 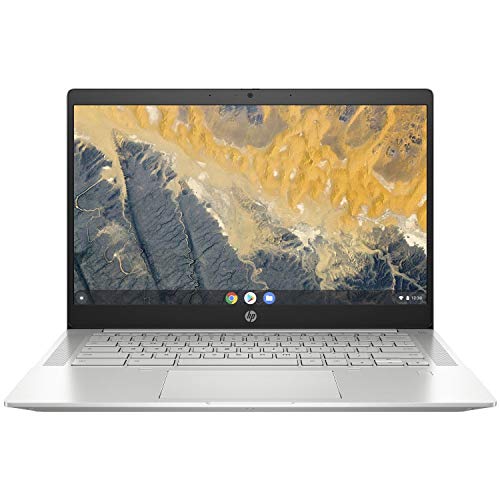 The HP Pro C640 weighs 3.3 pounds, so it’s not exactly light, but not heavy either. All in all, this is a great configuration for you to take your work home with you. It’s also a great configuration to lug around during office hours. Combine that with the 11-hour battery life which has become a staple of the Chromebook. Together with all that, this is an incredible, feature-rich laptop that will get the job done, and then some.

The HP Pro C640 is rated for military grade durability. If you are a klutz who is habitual of dropping your electronics, you needn’t worry. This one doesn’t break easy; it’s been rated to survive accidental drops. Furthermore, it’ll also withstand rain, humidity, extreme temperatures (both cold and hot), and shocks and vibrations.

So, let’s dive into its hardware specs.

There are certain keyboards that you feel really good typing on. The HP Pro C640 Chromebookhas a keyboard that is worth it. It’s an island-style spill-resistant keyboard which is very comfortable to type on. The tactile feedback is extremely addictive, especially if you’re in a typing frenzy.

You can hit your personal best on such a keyboard if you have middle sized fingers. However, if you have giant hands, you may want to get a separate Bluetooth keyboard accessory.

The dark grey characters on the silver keycaps are a nice touch. They aren’t just aesthetically beautiful, but the letters are genuinely legible where you’d think they pose a visual challenge. Combined with the white backlighting, the overall look of the keyboard is very appealing.

The touchpad is a pleasure to use with its silver finish and trim. Two-finger and three-finger gestures including swipes, scrolling and pinch features are all pretty effective. The touchpad never let up and was always responsive when we tested it.

You can both carry out normal tasks during the work hours as well as go for fast browsing with this touchpad. It won’t let up.

The first thing you should do to test laptop speakers is to blast Bohemian Rhapsody by Queen, and that’s what we did. The laptop gives off loud audio that fills the room. That’s thanks to the Chromebook’s top-firing speakers.

The vocals sounded smooth and the guitar solo was exceptionally loud. However, it did distort a little when the song reached its zenith. At a reasonable volume however, the distortion ended. The dual Bang & Olufsen speakers are pretty great for the price.

It’s definitely not something which audiophiles will admire, but it’s great for the professional user.

Like most other laptops, the Webcam on the HP Pro C640 Chromebookisn’t anything to praise. The 720p resolution aside, the picture isn’t anything to get excited about. Sharpness and clarity aren’t the camera’s strengths. However, the camera is excellent at producing color.

The webcam accurately picks up on black and shimmering gold, and it also picks up browns, purples, etc. There doesn’t seem to any problem with its pick up of colors across the spectrum. Now if only the display did that justice.

However, if you want to get the full experience out of a video call or conference call, get an external webcam.

The HP Pro C640 has a fingerprint sensor, something that every single laptop should have today. It has Chromebook Enterprise running out of the box and thus provides a lot of security to your day-to-day activities. Compared to systems running Windows 10, you can rest easy knowing your work is secure.

The display is perhaps the one thing about the HP Pro C640 Chromebookthat is disappointing. Yes, its thin bezels and 1080p resolution is nothing to sneeze at. However, the display doesn’t get too bright and other notebooks in its class outshine it.

Bright colors really pop on the display, but it’s the darker colors and greenish hues that lack richness. The brightness goes up to just 240 nits. It’s far dimmer than the average Chromebook. The Galaxy Chromebook outshines it easily at 357 nits, and the Chromebook Spin 713 blows it out of the water with 444 nits.

Even the color gamut isn’t that extensive. At 63% of the sRGB color gamut, it’s more lackluster than the Chromebook Spin 713’s panel (80%). While the Galaxy Chromebook has an unfair advantage with a 4K AMOLED display, it also smokes the competition with a 224%.

The 180-degree hinge makes the display a little more worthwhile though. Though it’s not the same as many other 360-degree hinges, it makes sharing your work with colleagues easier.

The display is also a touchscreen; hence you can easily use it to scroll through the web. Experimentation with gestures like swipes and pinches proved that the touchscreen features are efficient and smooth. The Chromebook showed no lag or jitters in tablet mode.

The performance of the HP Pro C640 Chromebookis more than impressive. You can flood it with dozens of Google Chrome tabs, YouTube videos, and Google Docs and it won’t stutter. The i7 chip and the 16 GB of RAM will blaze through anything you throw at it.

On Jestream 2.0 test which measures browsing speed, the Pro C640 held up its own against the competition. A score of 117 bested everything else. This is faster than the category average of 90, the Galaxy Chromebook (92) and the Spin 713 (114).

The heat management on the HP Pro C640 is pretty awesome. It won’t burn a hole through your backpack and will remain cool after browsing and HD video streaming. According to temperature tests, the touchpad hovered around 79 F while the keyboard stayed at 89 F. The underside came in at 94 F and was the hottest location on the laptop. That’s well below normal body temperature, so it’s not likely to burn you anywhere.

This is a metric that matters significantly to many people and the HP Pro C640 Chromebookdelivers on it too. In battery tests, the HP Pro C640 lasts over 11 hours with continuous web browsing. This is better than the category average at nearly 10.5 hours.

The 11-hour runtime is impressive, but the Chromebook Spin 713 lasts longer on a charge at almost 12 hours. That being said, you can probably stretch the runtime if you have light work to do. All in all, it’ll definitely last you the work day, no matter what.

The HP Pro C640 is powered by Chrome OS which has the entire Google Play Store to play with. You can find Spotify, the Messages App, and anything else that you may need for productivity. You can also port all your favorite games and apps through your account.

Hence, anything you need for video editing, photo editing, gaming, productivity, etc. is all there. You may find that some apps don’t completely fit the screen ratio, but that’s to be expected. However, there are some apps that are made for the tablet display and you will find them to be more than appropriately sized.

The HP Pro C640 Chromebookhas its highs and lows, but it’s no slouch. What it lacks in a few hardware specs, it more than makes up for with performance and battery life. It’s one of the best Chromebook offerings that you’re likely to get on the market.