The Lenovo Chromebook Flex 5 is one of the best Chromebooks on the market. It has the beautiful sleek design you’d want in your daily driver notebook as well as the features you need on a day to day basis. With a great screen, a beautiful design, and great performance, it’s the Chromebook to get.

However, with so much competition out there in the ranks, is it the best choice for you? More importantly, can it be called the best gaming Chromebook out there? Let’s find out in this deep dive review.

The Lenovo Chromebook Flex 5 comes in two different models. The first has an 11th Gen Intel Core i3 processor which can be overclocked to 4.10GHz. The processor has 2 cores, and 4 threads and Turbo Boost included.

The Chromebook comes included with Windows 10 Home in S mode. The standard storage is 256 GB PCIe SSD with 8 GB of DDR4 RAM. You also get Integrated Intel UHD graphics with that package. 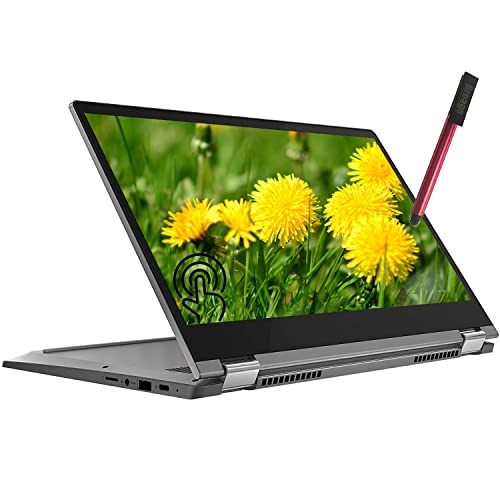 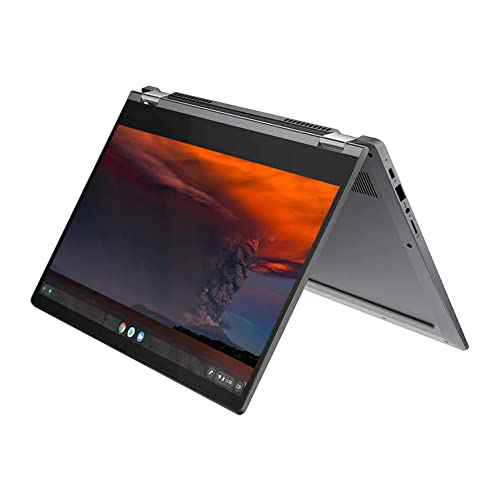 The second model, which touches base, has 4 GB of RAM as well as 64 GB of storage. The former model has a 14.4-inch screen and the latter has a 13.3-inch screen. All the rest of the specs are the same for each model. While this isn’t the most powerful spec sheet you can get on a Chromebook, it can get the job done and then some.

The Chromebook weighs nearly 3 lbs and is pretty easy to lug around. That makes it an ultra-portable laptop. It has both 802.11ax wireless connectivity as well as Bluetooth 5.0 installed for fast file exchanges and device pairing.

At its price point, the feature rich Lenovo Chromebook Flex 5 sits above the $250 machine with subpar screens and ARM based processors. However, it doesn’t quite measure up to the Google Pixelbook Go type Chromebooks which blaze through tasks.

That being said, there’s a lot more to a Chromebok than a spec sheet.

The exterior of the Chromebook looks fantastic. It has a unibody design with an overall black or grey color depending n the models you choose. You also get a 360-degree hinge to use the Chromebook as a tablet when you’d like. You can also prop up the notebook with the hinge to watch movies if you want.

As for the chassis, it may be beefy, but it’s not badly designed. Lenovo has used a unique, soft-touch plastic coating on both sides and on the keyboard deck. If you get the grey version of the laptop, which is the best color, it makes the laptop look more sober and serious.

The ports on the Lenovo Chromebook Flex 5 are pretty impressive, just in the number that they’ve fit in. Chromebooks are notorious about missing out on these physical connections in favor of wireless ones, but the Lenovo Flex 5 delivers.

The left edge has a USB-C port for both data transfers and charging. The left side also gives you a USB Gen 3.1 type A port and a headphone jack. You also get a microSD card reader. However, on the right, you get an additional USB-C port.

What’s missing are the HDMI ports and any thunderbolt ports. While it would’ve been great to have them, the ports that are present are sufficient.

Let’s get down to the gaming essentials. You get a full HD resolution of 1920 x 1080. This gets you crisp text, and vivid color. You will also be able to see individual pixels on the screen here, but only if you really squint. The maximum brightness of the display at 250 nits is quite low though. You may have trouble seeing it in broad daylight or in a brightly lit room.

If you do plan on bringing the Lenovo Chromebook Flex 5 with you in dozens of lighting conditions, you may want to turn up to max brightness.

There is touch input in the Lenovo Flex 5. Hence, you can comfortably work and play games on it with touch assist. You can also get a digital pen along with it to do some work. The Lenovo digital pen however, is sold separately.

The display features a 720p camera which shoots video and features a privacy shutter for when you’re not using it. That way, the government or hackers won’t be able to spy on you. This is a great feature that every single laptop and phone should have.

Using the front facing camera for videoconferencing isn’t the best experience. However, which laptop camera offers a good experience? It’s a shame that with such great technology on smartphones, we’re resigned to mediocrity on front-facing laptop cameras.

There is no rear camera on the Lenovo Flex 5, but some may argue one doesn’t need it. You always have your smartphone with you anyway.

The keyboard on the Lenovo Chromebook Flex 5 is pretty comfortable. For those with the largest hands, it may be a bit on the irritating side though. For that, you may want to get the 14.4-inch version of the Chromebook. The keys have a comfortable 1.4 mm of travel which is great for brief typing sessions.

The multi-touch pad surface is made of Mylar which is less comfortable than the keyboard. Large hands and fingers will feel the trackpad is too small. However, it will make accurate clicks and cursor movements. Hence, you should be comfortable while working or playing.

There are 2 two-watt speakers built in to the Lenovo Chromebook Flex 5 which give you very powerful sound. However, their output is a little tinny which can make it irritating when you’re videoconferencing. We recommend a pair of headphones for that.

The Flex 5 offers very good performance for common browsing and gaming tasks. You can use Google Docs, play Angry Birds or Plants vs Zombies and just blaze through everything. However, if you open too many tabs, you may find sluggishness down the line. Then again, Chrome has always been known as a memory hog.

The benchmark tests like PCMark or WebXPRT 3 and JetStream 2 show that the Flex 5 holds its own among the competition. In fact, it outpaces the Google Pixelbook Go and the Chromebook Duet. It loses to the Dell Latitude 5300, and the Asus Chromebook Flip C436, but not by much.

The Lenovo Chromebook Flex 5 has a battery life of nearly 12 hours. You can probably stretch that to 13 if you’re doing menial tasks. Here, since its performance is high for a mid-level Chromebook, it takes a battery hit. The Google Pixelbook Go and the Lenovo Chrome Duet both stream ahead with 16:39 hours and 13:48 hours of battery life, respectively.

The Lenovo Flex 5 is a great option for a gaming Chromebook. It’ll deliver the performance and give you the full tablet and laptop experience. With plenty of ports, you can connect anything you want to it and it’ll run fine. At its price point, it beats out nearly all the competition.